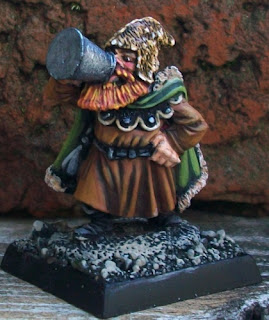 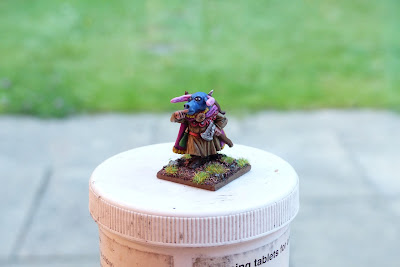 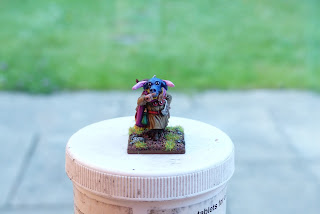 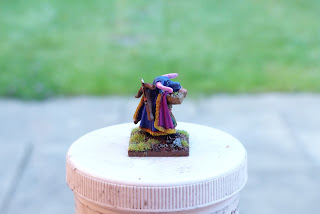 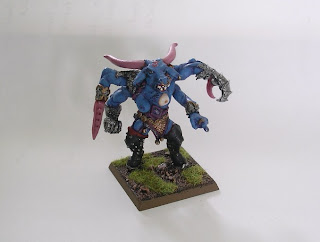 My decks are cleared for Helga the Chaos Spawn... Not sure whether to create an armature from scratch.
Posted by Unknown at 8:32 pm

Nice conversion! The painted blue head gives him an almost Egyptian look -- let Set or something. Very evocative. Love it!